Four people worked together in the 1980s to form the New Zealand branch of the society.  But the story begins earlier than that.

Roy and Joan were working on forming a clan society from 1986: investigating models for establishing a society, corresponding with the chief, Sir Torquhil Matheson, and tracking down all the Mathesons in New Zealand.  Those were, of course, pre-internet days, so the task required visits to a public library to transcribe contact details from electoral rolls and telephone directories.  By late 1988 Roy recorded: “At last all the 727 Mathesons on the electoral rolls are in the computer and the address labels designed.  A few corrections from telephone directories are necessary and then I can print out copies, one for self and one for Gordon and Ailsa who I hope will be the leading lights in my hoped-for ways and means committee, and one for the chief”.

Ailsa Matheson — a Matheson by birth as well as by marriage — had long-established contacts with the chief’s family: “On a personal level my contact with Sir Torquhil goes back a long way as my Plockton Matheson family were good friends with Fergus and Torqhuil’s family when they all lived at Duncraig Castle”.  Ailsa had harboured an interest in furthering the clan’s interests in New Zealand: “for many years Torquhil had been urging me to get New Zealand under way”, but personal commitments prevented that for some time.  “It was later, after chatting with Joan and Roy, that I could devote more time to the project”. 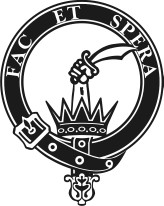 Letters to the 727 Mathesons Roy and Joan had tracked down produced a good deal of interest, and on Sunday 25 June 1989 the inaugural clan gathering was held at St George’s Presbyterian Church in Takapuna, Auckland (where Gordon and Ailsa lived).  The organisers expected 30 people to turn up, but on the day more than 120 Mathesons and Matheson descendants took part.  Roy’s nephew Norman Matheson, still the branch’s piper, piped in Roy, Gordon and Ailsa (Joan was unable to attend).  Ailsa gave a welcome speech and read a letter from the chief.  After some Gaelic songs from Christy Matheson, individuals or family group representatives introduced themselves and outlined their Scottish connections.  Roy Matheson was nominated as first chairman of the branch but turned the position down as he was suffering ill health, and nominated Gordon Matheson instead.

The New Zealand branch of the Clan Matheson Society had been launched!  From these beginnings the support of many members helped the branch grow.

Roy Matheson was active in the branch and was made a life member in 1990, but died in early 1991.  Gordon Matheson served as chairman from 1989 until 1995, and remained treasurer until 2008.  Ailsa Matheson was secretary from the branch’s formation in 1989 until 2008, and was newsletter editor all that time too.  This record of service by Ailsa and Gordon is remarkable, and their continued dedication over that time was a major contribution to the branch’s success.

Since then Doug, Norman and Donald Matheson have all served as chairmen.  Many others have worked to support the branch, serving on the committee, as genealogist, secretary or treasurer.  Office holders are important, but the branch wouldn’t have survived without the continuing support of individual members.  We appreciate your continued involvement.