Where in Great Britain did Mathesons live in the 19th century, and where do they live now?  Just as there was outward migration from Scotland across the seas, including to New Zealand, so have the descendants of Mathesons in the Scottish Highlands spread out across the UK.

In 1881 the surname Matheson was found mostly on the mainland in Sutherland, Ross & Cromarty and the western part of Inverness, as well as in the Outer Hebrides. Some of the clan were in Caithness in northeast Scotland. 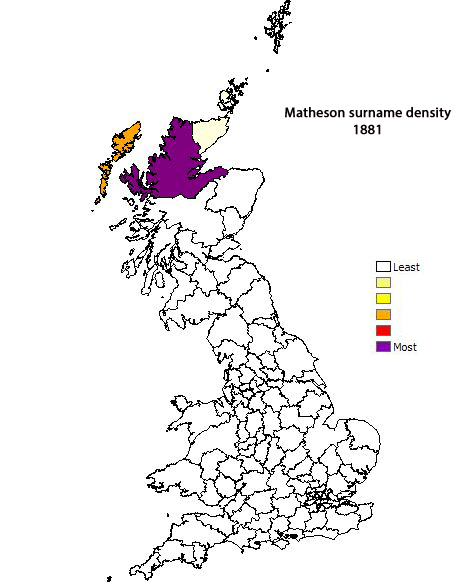 More than a century later, in 1998, Mathesons were most abundant in the Outer Hebrides.  The northwest of the Scottish mainland was still home to many, but Mathesons had spread more widely throughout Scotland including into the borders.  There’s even a pocket of kinsman in central Wales! 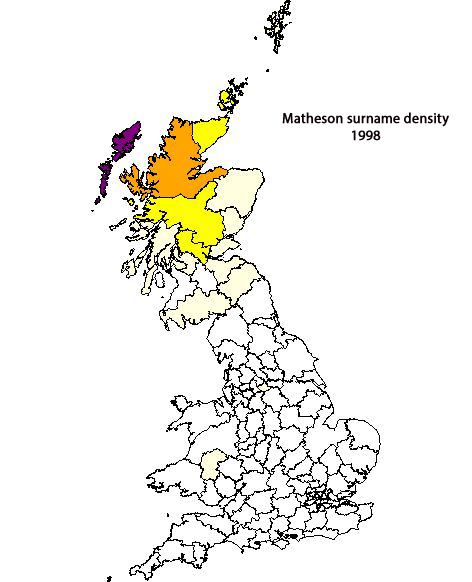 I made these maps some years ago using a facility developed by Daryl Lloyd, Richard Webber and Paul Longley at the Centre for Advanced Spatial Analysis at University College London.  The tool has most recently been located here, but the surname density map generator often isn’t operating.  If you know of any others (especially with a global coverage), please let us know.